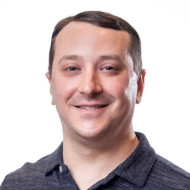 Led design to integrate container technology with virtual machine technology provided by the Firecracker VMM with a focus on serverless compute offerings like AWS Fargate.

Previously focused on Amazon ECS, Amazon Web Service’s cluster management service for Linux and Windows containers. Was responsible for software that ran on customer-owned EC2 instances, including the ECS agent, Docker, ecs-init, and the ECS-optimized Amazon Linux AMI. Led the engineering design and technical work to port the ECS agent to Windows and enable customers to use Windows Server containers with Amazon ECS.

Active maintainer of AWS open-source projects. Member of the Technical Oversight Board for the Open Container Initiative, an industry standards-setting group for containers. Security advisor to the containerd project. Contributor to non-Amazon open-source projects, including Docker, containerd, go-dockerclient, container-storage-setup, and container-transform. Wrote the CloudWatch Logs logging driver for Docker and the Amazon ECR Docker Credential Helper.

Provide telephone, email, and walk-in support for email, anti-virus, VPN, proxy, and account issues. Assist in the training of new consultants and in quality control.

Eagle Scout is the highest rank attainable in the Boy Scouting program of the Boy Scouts of America (BSA). A Scout who attains this rank is called an Eagle Scout or Eagle. Since its introduction in 1911, the Eagle Scout rank has been earned by more than 2 million young men. The title of Eagle Scout is held for life, thus giving rise to the phrase “Once an Eagle, always an Eagle.”

Requirements include earning at least 21 merit badges and demonstrating Scout Spirit through the Boy Scout Oath and Law, service, and leadership. This includes an extensive service project that the Scout plans, organizes, leads, and manages. Eagle Scouts are presented with a medal and a badge that visibly recognizes the accomplishments of the Scout. Additional recognition can be earned through Eagle Palms, awarded for completing additional tenure, leadership, and merit badge requirements.

Order of the Arrow, Boy Scouts of America | March 2006

The Vigil Honor is the highest honor that the Order of the Arrow can bestow upon its members for service to lodge, council, and Scouting. Membership cannot be won by a person’s conscious endeavors.

The Vigil Honor is a high mark of distinction and recognition reserved for those Arrowmen who, by reason of exceptional service, personal effort, and unselfish interest, have made distinguished contributions beyond the immediate responsibilities of their position of office to one or more of the Lodge, Order of the Arrow, Scouting community, or Scout Camp.